Not allot has been happening over the last few days. But it’s Friday! :).

So I have shimmied back into my size 14 jeans again. I am officially back to square 1. Very disappointed. But that is what 6 weeks of no exercise and bad eating will get you. I am more than a little bummed about it all but I had known that I was heading up for a while. But I am taking solace in the fact that I have 4 days a week coming where I can get out for a run and/or to the gym. That is only 10 days away. In terms of actual exercise done? None. I have accomplished nothing this week.

But I am choosing to look at this in a positive light. It means that I am not losing weight in an unhealthy way, it also means that he can’t claim any part of my success in any way shape or form because lets face it I lost most of that weight on the heartbreak diet. Now I get to lose it by choosing to be healthy and choosing to be kind to my body. Although I am not entirely convinced that half marathon training is going to be kind…

Speaking of which I have settled on a training plan. I am going to follow the Women’s Running Couch to Half Marathon plan. I feel like it’s going to be my best option to get through the race without walking. That’s my only goal for this year. Next year once I have a baseline I can look at personal bests. 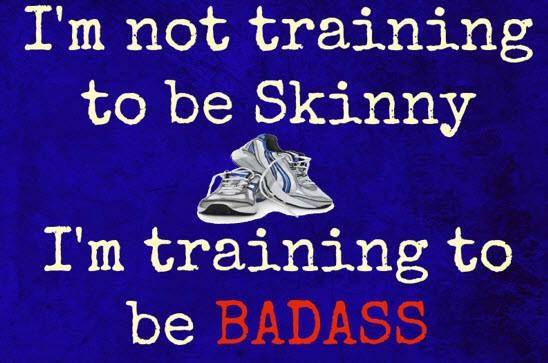 As for the parenting stuff there have been a few things. First I missed the weekly call this week. The younger two were out with the out-laws for a trip to a nature education activity thing that my Out-laws volunteer at. They took Moody a couple of weeks ago and this week was the younger two’s turn. They had a blast, but in the getting ready, braiding hair, finding and putting on shoes and hats and filling water bottles I lost track of time and forgot. But at the same time of course he didn’t attempt to call either and so far hasn’t attempted to make a call at all. He is also back to being behind on the child support and continuing to dodge the agency… so much for not being a deadbeat dad… not that I’m judging at all. I am in two minds as to whether to attempt to get a call through now. It’s not the kids fault that I forgot and it feels petty to not at least try for a whole week simply because I didn’t do it on the right day, at the same time I am over taking on his responsibilities.

The second parenting thing is that I managed to replace the shower head all by myself!! I am rather stoked. I know it’s not terribly complicated (remove the old head, wind plumbers tape around the opening/pipe on the wall and screw on the new fitting) but I was still nervous as all get out about doing it. I had visions of the whole thing spraying off the wall and hitting me in the head or of snapping the pipe off at the wall or something… but it was completely uneventful. YAY!!