Well the great news is that things have calmed down again. The kids are back in school for the last term of the year, my semester is marching on which is as it should be. Our wider family is ticking along. All is pretty much right with my world.

But backtracking just a bit, in the last week of the school holidays I took the MessMakers to a Bricktober event at our local exhibition centre. It was a HUGE lego display and they had a blast. We only stayed for a couple of hours but they had an amazing range of displays from a fairy/human war scene to Starwars portraits done with lego bricks. Incredible. Of course because they had the Starwars stuff they had the ever present Storm Trooper on hand for photos and I couldn’t pass up the opportunity. Afterwards we stopped in for McDonalds which was a treat for the kids all on it’s own. 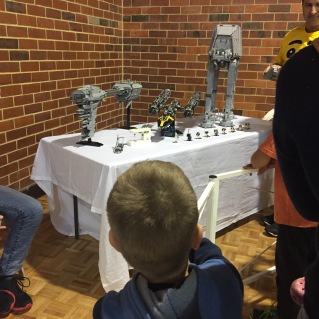 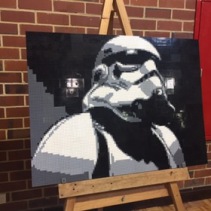 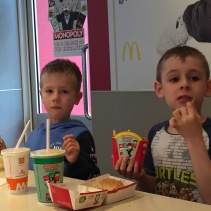 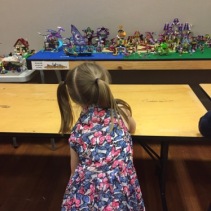 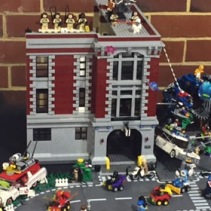 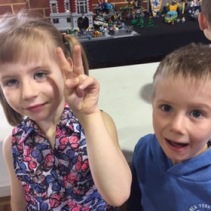 I have been experimenting with Mischief’s hair of late, changing up her braids and what have you. It has been a fun thing for us to play with together. She definitely has opinions on what she wants done though. There is no mistaking who is in charge of what is on her head. 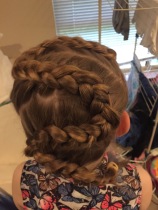 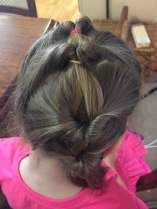 Speaking of Mischief she went and lost her Florence bear. Florence is her luvvie, she has been around since just after Mischief was born, I shopped for her the whole time I was pregnant. Originally we had 2 Florences just in case one got lost, the first one went walk-about during an interstate move but it wasn’t such a big deal because we had the other…. well we went out for dinner in the last weekend of the holiday and on returning home noticed Florence was gone. There were tears, there were demands that we re-trace our steps (which would have involved going from one end of the city to the other), there were tantrums. We had been to a few different places and she had also been out to the local park with her grandparents and she couldn’t remember where she had last seen the bear. We looked for days and days to try and find her but there was no Florence. Search parties were deployed (well I asked Grandma to look) and no luck! The day we went to replace her she turned up in the bottom of Mischief’s dressup box underneath a couple of costumes…. what she was doing there I have no idea. Relief all around I think and of course we now have an additional luvvie in the form of a pink horse who has promptly been discarded because Mischief has her beloved Florence back again. 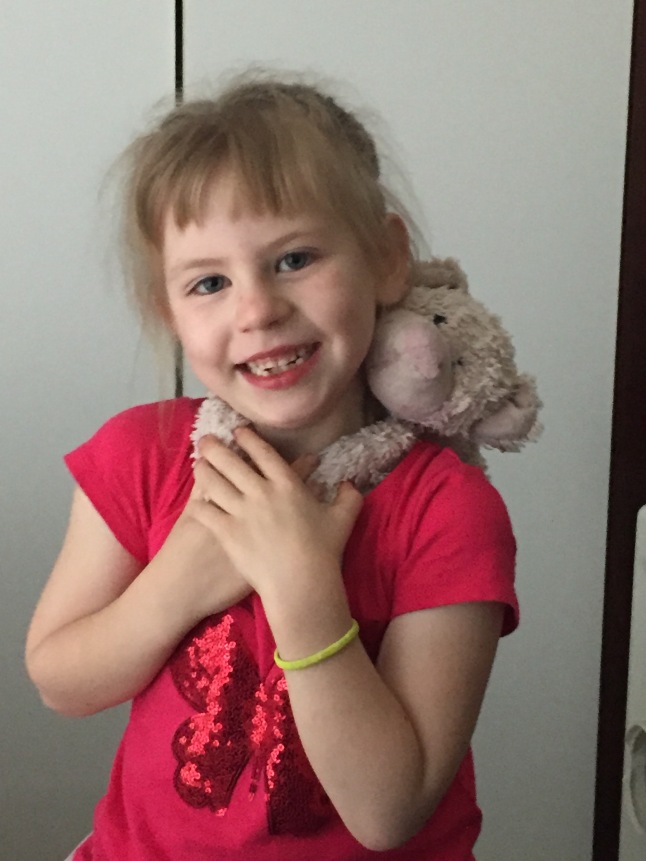 The first couple of weeks back at school have been admittedly a bit of a challenge, the first week back Mayhem brought gastro home from school which was AWESOME! (Not!). We ended up all coming down with it, even Moody who NEVER gets sick. I was flaked out for 24 hours straight but fortunately, everyone else was still recovering and so they all pretty much flaked out in the lounge while I slept. It was horrific but I will call it a decided win because nobody vomited on the carpet! That said I am so glad that we are done!

This week has (fingers crossed) been a bit smoother. By Monday everyone was healthy again and so I shipped them all off to school. They have been a bit feral but that is fairly normal I think, especially after being cooped up for days and days while sick. But when they get to be too much I throw them into the backyard! The joys of the weather fining up and warming up!

Meanwhile Uni is still kicking my butt. I am going into that intensive pre-exam study period and attempting to get my life in order. My current experiment with revision is a mind map, I downloaded an app and went to town on the first couple of weeks of notes for one subject…. it is terrifying. 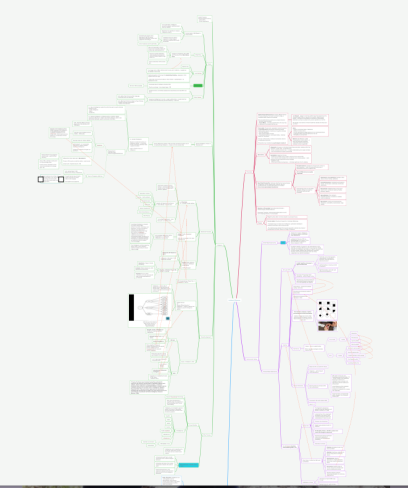 It actually disappears off the screen at the bottom and that is as small as I can scroll it down!! I don’t know if this is a good thing or not, and there are cross-links going everywhere! But that said it is helping me to sort of see the bigger picture as it were. Which is good because my exam is in 19 days…. and counting….

Another change that I am trialling is getting up earlier. I promise myself that I will do this every few months and rarely follow through, but for some reason this morning I did! Yes it is Day 1 of this change, we shall see how long it lasts! But I know that I got a HEAP more done than I would have otherwise. Somehow getting that hour in the morning made all of the difference. I think part of the reason why it was easier is that I have been making a concerted effort since we all got sick to make some major changes and get back to where I was with keeping up with everything. So as a result I have been focussing on ensuring that the dishes are completely done each night, that the benches are wiped and that I have done the little things early in the night like washing and hanging uniforms, making tomorrow’s lunches, sorting what I can. Just doing that makes the mornings SO. MUCH. EASIER! Everything gets written into my planner, some days I even go through and track my time in there so I can see retrospectively what I did with my day (and added bonus I want it to look productive so I actually get more done!) So far it is making a difference. I am feeling more in control than I have in weeks and I think a big slice of that is to do with TAKING control rather than hoping to regain it if that makes sense?

So yes life is ticking along, we are bouncing along…

My Tweets
Merry Christmas from my little family to yours. We are so blessed to be surrounded by loved ones and people who buoy is up and support us and lend us their strength when we are feeling weak, and who are there to celebrate with us when things are going swimmingly. Bring on 2020! 💛🎉
Too hot for anything heavier than this for work! #kmartforthewin for my new linen top which is pretty damned cool in this weather! Top temp of 41 today 🥵