This Monday I was wandering through the local shop with the kids. It was MUCH later than normal but between TAFE work and procrastination I hadn’t gotten dinner yet. I looked like hell because I had been busy all day and planning on working out since that morning so I hadn’t showered, hadn’t washed my hair, hadn’t put on makeup… I looked like hell.

So as we double back to grab the kids some icecream I notice a very familiar figure. It was one of Tinman’s favourite buddies from school. I thought he was half way across the world, I thought he wasn’t even aware of what was going on. Turns out that he had been back in our home city since just after Tinman was arrested and that he had testified as to his character at the trial. He thinks that Tinman is innocent. To be honest the whole interaction shook me to the core. It was deeply unsettling. But it was half an hour and then he was gone again.

BUT the interaction ended with him saying that he was sorry over and over. I asked what for and he gestured to my kids, sorry that I have to deal with all of this….. I guess he meant that he thought the kids were taking it out of me… I don’t know what he meant.

But I got home, got them all fed and tucked in and took a look at myself. And it wasn’t pretty. I have put on at least 20kg in the last couple of years. I am drastically unfit from not paying attention to my health. I had regrowth at least 2 inches long and full of greys, I looked haggard. To be blunt I looked like hell. I realised that he thought I wasn’t coping, that I wasn’t OK with what life has dealt me. But that couldn’t be further from the truth. I have just gotten lazy. So I have started to change it. It’s early days but so far this week (since Monday) I have completed a weeks worth of Body Boss workouts. Plus I went to my hairdresser and we had a long chat about changing directions :). We have been talking back and forth about fixing my hair for a while now but never got around to actually doing anything about it. But I sent her a couple of inspiration pics: 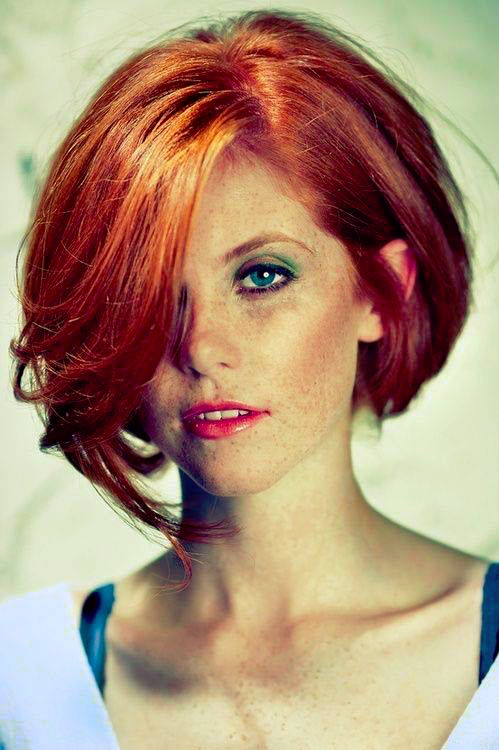 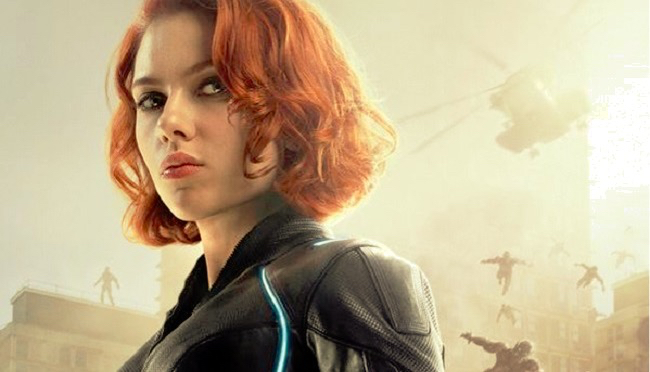 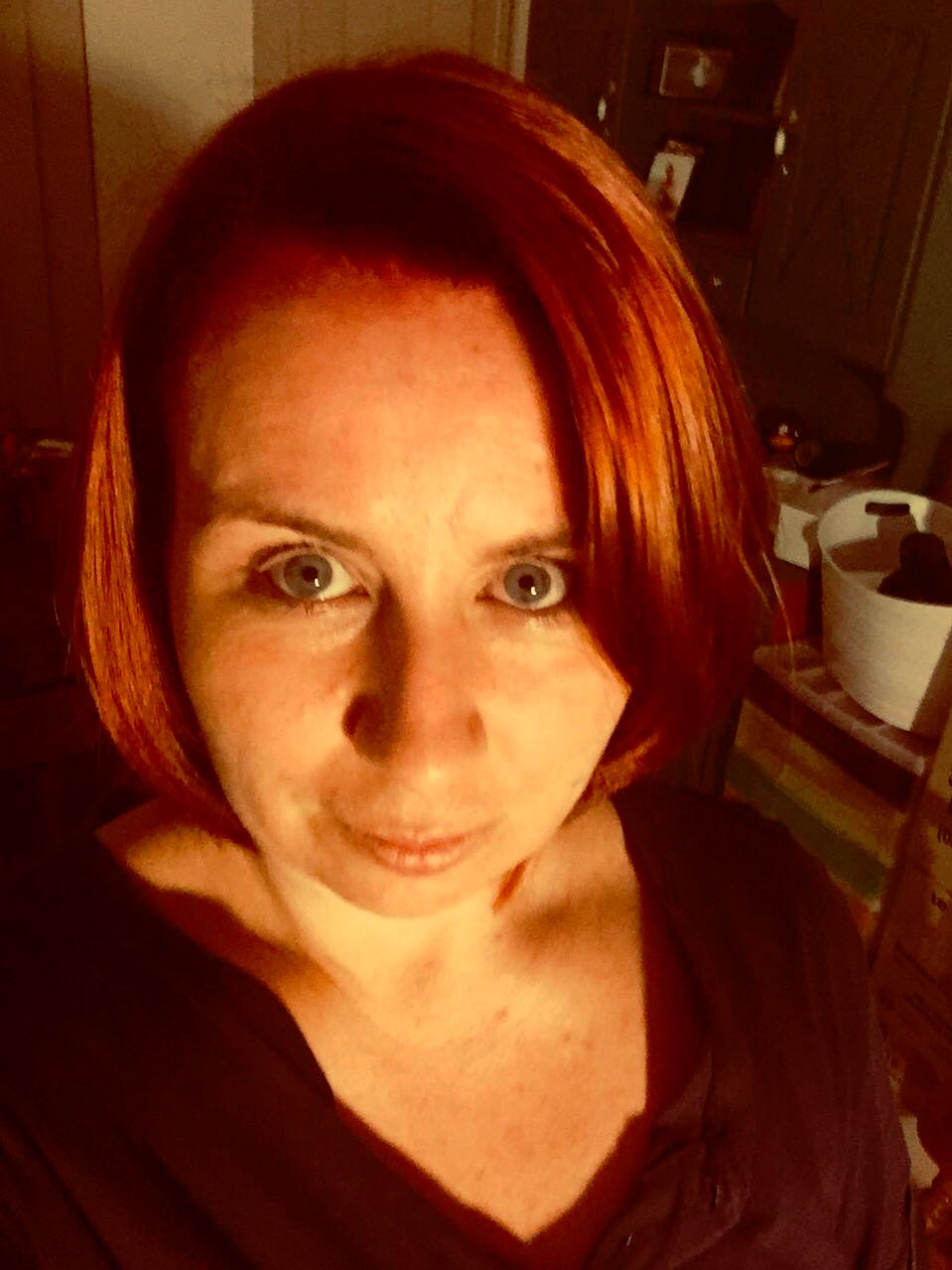 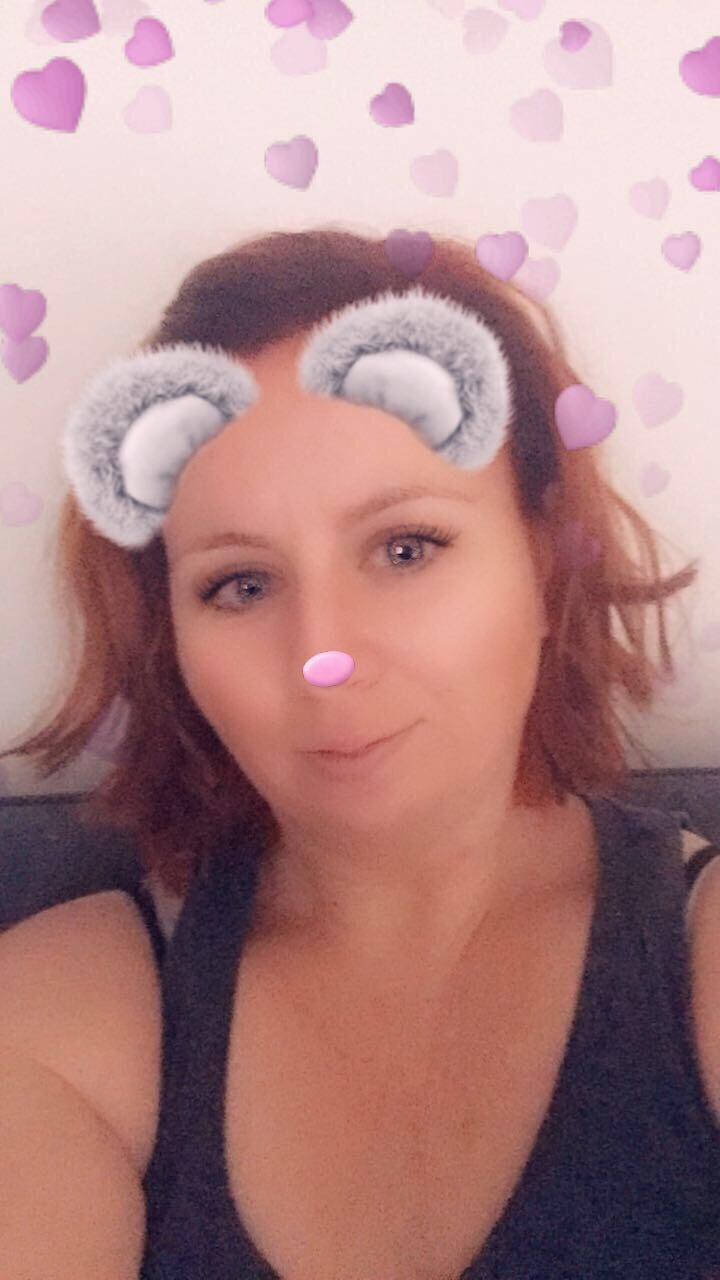 She mixed 3 different colours and layered them all over my head but made the roots a really dark copper and then the lengths a few different shades of lighter copper. Trying to get a decent picture of it is a nightmare but it is sooo pretty (Please excuse the gratuitous snapchat pic but it shows the colour in a more true to life shade plus you can kinda see the dark bit at the roots better 🙂 ). I feel really blessed to have friends this talented. It’s a small change but I am hoping it is the beginning of a big one.

But the workouts have been making a difference as well. Last week I ended up with my average weight making a run up the chart again…. damned Hungry Jacks burger. But I am making another downhill turn which is always a good thing. This morning was the lowest it has been in a long while which is a nice change :). 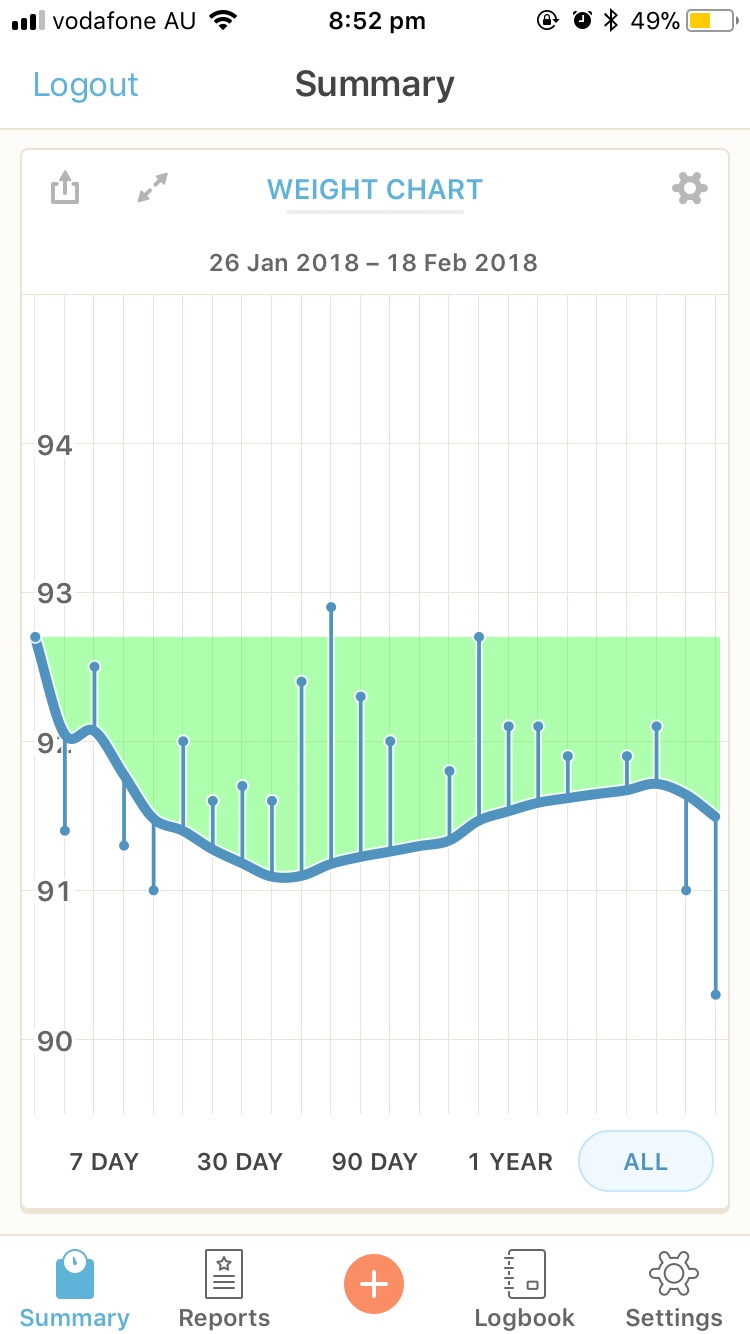 I am so glad that I am finally moving in the right direction. So perhaps the encounter was a blessing after all. The goal now is to keep moving in that direction… I figure build on the momentum.

Meanwhile the kids are largely unaware of any upset. They are little troopers. So adorable. Moody is absolutely stoked to have his new phone and carrys it everywhere. Which is a real blessing. I have been asking him to take photos of himself in different places that he says he is going to go and with his friends so that I can be sure that he is where he says he’s going to be. So far it is working well, plus it eases my anxiety about him walking home on his own because I can track him! Mischief is settling into her class really well and seems to love her new teacher and same with Mayhem. Their classes are once again side by side so I can literally stand between them to pick them both up this year which is a lovely change.

They have settled into the new year with aplomb and are just riding the wave. I wish that I could have half of their zen to be honest.

But the real stress really hasn’t hit. As of mid week after next uni is back in session. Meaning I will have a full TAFE course load and a near full Uni course load… I am worried that I have bitten off more than I can chew but figure it is 6 months of hell for hopefully much gains on the other side. Wish me luck.